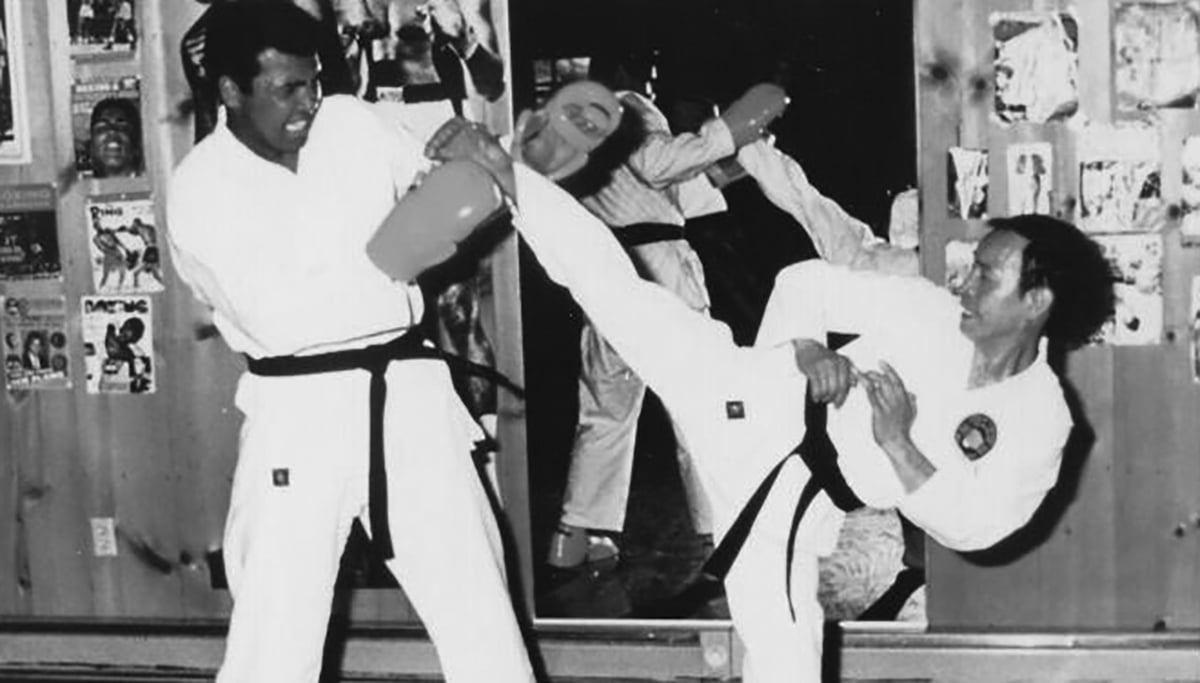 Rhee wasted no time getting his new school off the ground. First, he wrote letters to many of the ambassadors from around the world who were serving in DC, telling them about the opening of his school. He promised that he could not only teach their children Tae Kwon Do, but also guarantee their children’s character education and help them all make A’s and B’s in their academic studies.

Rhee also ran two small ads in the sports section of the Washington Post. He couldn’t believe it when the phone rang all day with people asking for more information about tuition and class times.

On opening day, more than 200 people came to Rhee’s small studio—less than 1,000 square feet—to see his one-man Tae Kwon Do demonstrations. The guest of honor was His Excellency, Ambassador Il-Kwon Chung of the South Korean Embassy. By the end of that first day, 12 people signed up for classes. Within a month, Rhee had more than 30 students. And by August, enrollment was over 125.

Rhee never did return to the University of Texas to complete his studies, though he was later awarded an honorary doctorate from Seoul University. Instead, he focused his energies on growing his school and adding new ones.

As a way to reach new students, Rhee began running TV ads in the DC area, becoming the first Tae Kwon Do master to promote martial arts through television advertising. The commercials featured the slogan, “Nobody Bothers Me,” and had a huge impact—at least on Rhee’s three-year-old son, Chun. In the Rhee household, Chun began responding to the TV with the rejoinder, “Nobody bothers me, either.” Eventually, Chun and his sister Meme appeared in a version of the commercial themselves. At the end of the TV spot, Meme intoned the original slogan, followed by Chun’s “Nobody bothers me, either” and a quick wink. The commercial was so memorable and so appealing that its fame spread beyond the DC area and has been popular for decades since, thanks in part to its long presence on YouTube.

Meanwhile, in his schools, Rhee began to adapt and modify his approach to martial arts, rather than simply teach traditional Tae Kwon Do. This was in part due to the influence of Bruce Lee, who was a friend and colleague of Rhee’s from 1964 until Lee’s death in 1973. Lee convinced Rhee that blindly following tradition leads to stagnation in martial arts. To this day, Rhee respects the traditional approach, but he does not believe there is any single best style, not his own or anyone else’s. Rhee says that, for him, the most important thing is to bring the benefits of martial arts and fitness to as many people as possible, and he believes there are many paths.

Jhoon Rhee at Bruce Lee’s home in the early 1970s.

Rhee’s relationship with Bruce Lee began in August of 1964, when they met at the late Grandmaster Ed Parker’s International Karate Championships in Long Beach, California. Rhee was 32 years old; Lee, 23. Both men performed demonstrations, and each was impressed with the other’s skill. They started a friendship, regularly visiting each other and exchanging letters for nearly a decade. Lee also attended the Jhoon Rhee Nationals every year from 1966 to 1970.

Linda Lee Cadwell, Bruce Lee’s widow, says, “Bruce had great respect for Jhoon Rhee’s martial arts and the way he ran his schools. He always considered Jhoon quite a groundbreaker in putting on these highly regarded tournaments. They shared a goal of wanting to expose the American public to real martial arts—more than just the kicking and punching—the discipline and the underlying philosophy.”

Bruce Lee was not the only high-profile person to come into Rhee’s circle around this time. In April of 1965, Rhee read a newspaper account of how Rep. James Cleveland of New Hampshire had been mugged and injured near Capitol Hill. Rhee immediately called Cleveland’s office to say that he had a Tae Kwon Do school in DC and would like to teach the representative martial arts. When Cleveland called back the next day, asking about schedule and tuition, Rhee offered to teach him for free, even saying he would go to the Hill to save the representative’s valuable time. Cleveland appreciated the offer so much that he told Rhee he would ask a few of his colleagues if they might also be interested in training, so that they could form a class on the Hill. And so began Rhee’s U.S. Congressional Tae Kwon Do Club.

The Club’s first class was held in the House members’ gymnasium on May 6, 1965; one of the first students, along with Rep. Cleveland, was Vice President Joe Biden. Since then, more than 350 members of Congress have attended classes—19 even earned black belts.

Over the years, the U.S. Congressional Tae Kwon Do Club has made national news on several occasions. One of the most widely covered events was a tournament organized by Rhee on September 14, 1975, featuring Republican vs. Democrat sparring matches. Aired on national television and also reported by the foreign press, the event was held in the DC Armory before a live audience of more than 5,000 people. The matches ended in a draw.

Of course, Rhee’s expanding influence wasn’t felt only in the political world. Throughout the 60s, his importance in the martial arts community continued to grow. For instance, Rhee played a seminal role in the career of Joe Lewis, well-known American kickboxer, point karate fighter, and actor who was twice voted the greatest fighter in karate history. While still in the Marine Corps and already an accomplished martial artist, Lewis was very much against the idea of tournament competition, believing that students in most karate schools did not train very hard. Still, in May 1966, Lewis decided to check out Jhoon Rhee’s National Championships. He had no plans to compete, but Rhee and Bruce Lee managed to convince him. Lewis later said, “Jhoon Rhee, who I respect a lot, was the man who started my fighting career by talking me into the competition.”

Although Rhee believed strongly in the value of tournaments and competition, he was concerned that so much of Tae Kwon Do, at least overtly, revolved around violence. Rhee did not consider himself a violent man, and his attraction to Tae Kwon Do always had as much to do with philosophy as with action; in fact, Rhee has long said that martial arts without philosophy is simply street fighting. Rhee continued to think about these issues through the late 60s, and decided to create something new with Tae Kwon Do that could balance the scales. As a lover of dance and music, and someone who believed that the human form is the greatest of all works of art, Rhee wondered what it would be like to add music to the choreographed body movements of Tae Kwon Do, similar to the way that music is used in Olympic skating, ballroom dancing, and gymnastic floor exercise routines. Rhee choreographed several dances in ballet style, based on Tae Kwon Do moves, and set them to classical music, including Beethoven’s Fifth Symphony and the theme from Exodus. The result of Rhee’s invention—martial arts ballet—became the foundation for the musical forms competitions that are now popular at many martial arts tournaments in the U.S. The new art form has also found its way to Europe and Russia.

Rhee’s concerns about violence in Tae Kwon Do also led him to invent safety equipment specifically designed for martial arts. One incident in particular motivated Rhee; at a 1969 championship tournament, he saw one of his students take a hard kick in the face, breaking his cheekbone. Rhee became determined to do something to reduce the frequency and severity of martial-arts-related injuries. The result was Jhoon Rhee Safe-T equipment, protective gear that covers the “weapons”—the hands and feet—and the head, allowing full-contact training and competition without the risk of serious injury. No one in martial arts had worn safety gear before Rhee invented it; he believes its presence has changed the nature of martial arts for the better, removing the stigma of brutality and attracting more women and children as students.

As the 60s came to an end, Rhee was also working on a five-volume series of Tae Kwon Do books, which was eventually published and has been available to the public for more than 40 years now. By 1970, he was operating eight Jhoon Rhee Schools in the DC area, and even had studios in the Dominican Republic. His yearly Tae Kwon Do tournaments continued to grow in attendance and influence. Rhee’s dream had come true beyond his wildest imaginings. But greater heights were still to come. 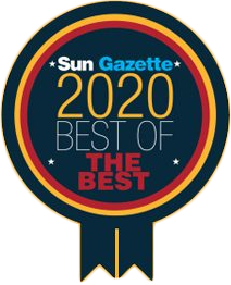